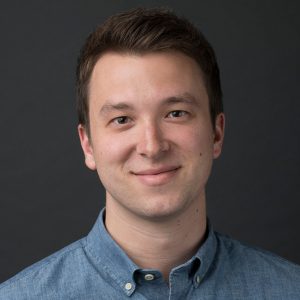 Originally from a small town in Michigan, Scott moved to East Lansing, MI, where he attended Michigan State University majoring in Medical Technology. After briefly working in the pharmaceutical industry, he returned to Michigan State University for medical school. He then completed his Internal Medicine preliminary year at the UW-Madison, before beginning residency.

Scott became involved in Dr. Lee’s lab early on in training, and has worked on several projects pertaining to CT guided lung biopsy complications rates, histotripsy ablation of porcine thyroid, and the use of histotripsy ablation in the setting of therapeutic anti-coagulation.

Following residency, Scott will be staying at UW to complete a fellowship in abdominal radiology.