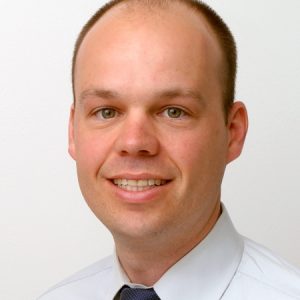 Paul F Laeseke, MD, PhD is an assistant professor (tenure) in the Interventional Radiology section and Co-Director of the Image-Guided Interventions Laboratory at the University of Wisconsin – Madison. He attended the University of Wisconsin–Madison and graduated with a bachelor’s degree in Biomedical Engineering, and then continued on at UW, earning his doctor of philosophy in Biomedical Engineering and his doctor of medicine. During his time at UW he worked as part of the UW Tumor Ablation Lab.

After receiving his degrees, Dr. Laeseke was an intern at the Maine Medical Center and went on to Stanford University Medical Center where he completed his residency and a fellowship in Vascular and Interventional Radiology. He has extensive clinical and translational research experience in image-guided oncologic interventions. He was a co-founder of NeuWave Medical (acquired by Ethicon in 2016), a leading microwave ablation company. Dr. Laeseke leads an active research program focused on ablative therapies, quantitative angiography, and advanced x-ray-based imaging guidance techniques.